His image is famous his name may not be. Harlon Block was Texas boy who, along with some of his friends, joined the US Marines in 1943. Harlon was a good friend to others. He was even expelled from private school when he wouldn’t tell on a friend who had vandalized the school. As a private in the Marines Harlon went to paratroop training and qualified to be a Paramarine. He served in the Pacific Theater for a few months before returning to Camp Pendleton for training. He received extensive training for a very important specific mission in September 1944, the invasion of Iwo Jima. On February 19, 1945 Harlon landed on Iwo Jima and was part of the 28th Marines charged with capturing Mount Suribachi. Harlon is memorialized in the famous AP photo by Joe Rosenthal “Raising the Flag at Mount Suribachi” taken on February 23, 1945. Just days later, on March 1 Harlon was killed in combat while fighting on Iwo Jima. Harlon was one of the many soldiers who perished on that island. May they all rest in peace and never be forgotten. 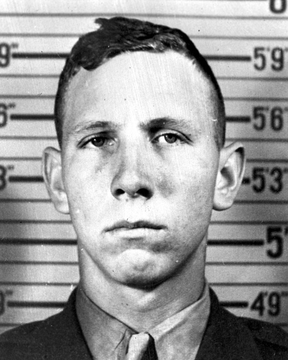 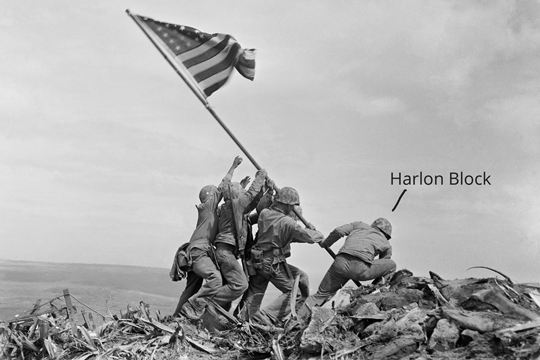