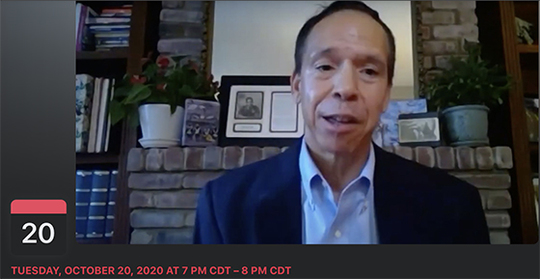 Join us on our Facebook page LIVE October 20 at 7pm CDT!