On June 6, 1944, a young man from South St. Paul, Minnesota was among the thousands of US Troops that made history and defended our freedom with the invasion of Normandy. That young man was my dad, George Alex, Jr. During the Normandy Invasion he served on board LCI (L) 414.

George Alex Jr. continued to serve in the Navy until January 3rd, 1946, when he was discharged and returned home to South St. Paul. He married, raised a family, and continued to live there for the rest of his life. He passed away on July 8th, 2012 and is buried at Oak Hill Cemetery in South St. Paul. 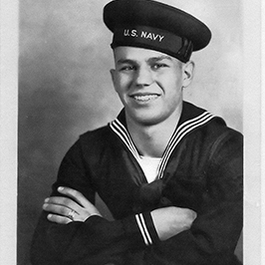