The Museum established the Trophy in 1985 to recognize extraordinary achievements in aerospace science, technology, and history. Such achievements may include any of the following: • The management of a significant project or activity. • The execution of such a project or activity by a team, crew, or person. • The attainment of distinction through a single extraordinary act. • The attainment of distinction through a career of service. • Distinguished accomplishments chronicling the history of aviation and spaceflight.

Earlier this year, we named the Trophy to honor the legacy of pilot and astronaut Michael Collins. In addition to the Apollo 11 command module pilot’s accomplishments in aviation and spaceflight, he was also a former director of the Museum.

The award for Current Achievement will recognize an individual or team accomplishment during the time period from the beginning of 2021 to the present.

Enclosed are a nomination form, guidelines for submission, a list of previous Trophy recipients, and an example of a successful nomination. All nominations must be received by October 9, 2021. 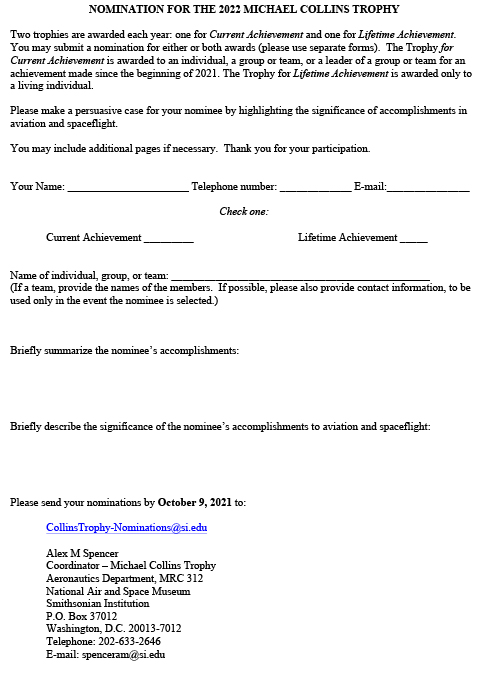 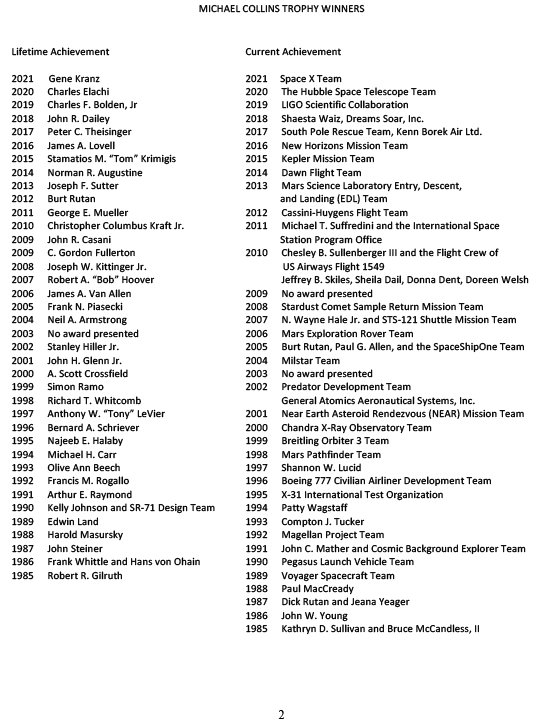 To Find out more: Click Here The awards ceremony presentation will be held at the Museum in the Spring of 2022. Thank you in advance for your participation. Sincerely, Christopher U. Browne Acting Director