Filming for the CAF RISE ABOVE:WASP Film Has Begun

AUGUST, 2018, Sweetwater, TX – Filming has begun for the CAF RISE ABOVE: WASP film at Avenger Field, the actual air base where the WASP trained for their various duties. Young actresses are in the process of bringing to life black-and-white-photos of the WASP from the 1940s, recreating history to be captured on film to be used to inspire and educate Americans of all ages. 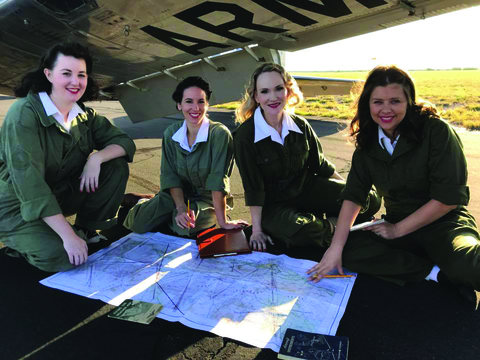 The film, produced by award-winning Hemlock Films, will use a unique blend of theatrical storytelling and dramatic flying sequences to create an immersive experience. More than a traditional documentary, the film aims to inspire young people with a greater appreciation of their own potential and an awareness of the opportunities around them.

Aerial, wide-format filming of the CAF WASP Squadron’s AT-6 Nella while flying will allow the film to be viewed on a curved screen in an inflatable dome theater. These theaters provide viewers an unparalleled full-immersion sense of how it feels to soar into the sky in a vintage aircraft. 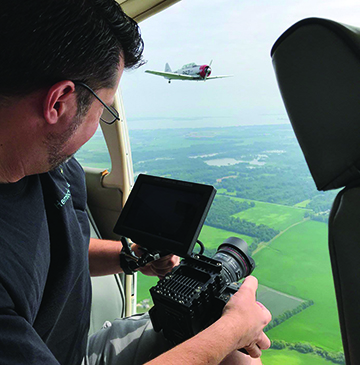 Hemlock Films and the CAF Education staff have spent several months working on the script and preparing for the film, gathering interviews from the WASP and reviewing archival footage in order to ensure an authentic and historically accurate film.

You can stay updated on the film progress and see photos and videos about the program on Facebook at @ RISEABOVEWASP. Additional funding is needed to complete this project. If you want to be a part of ensuring this story is told and support this project with a donation, please visit www.riseabovewasp.org.

About the CAF RISE ABOVE: WASP Program

In July 2016, the Commemorative Air Force launched CAF RISE ABOVE: WASP, an initiative to create a national educational outreach program based on the important and inspirational story of the Women Airforce Service Pilots (WASP). The mission of CAF RISE ABOVE: WASP is to share the story of the Women Airforce Service Pilots in order to inspire others, especially girls and young women, to RISE ABOVE expectations and find a greater appreciation of their potential. To learn more about this program and others, visit wwww.cafeducation.org.

About the CAF WASP Squadron

The mission of the CAF WASP Squadron is to carry the legacy of the WASP to the youth of nation, through Outreach Education and public appearances accompanied by the Squadron’s AT-6 Nella, an advanced trainer used at Avenger Field in Sweetwater TX during the training of the WASP. To learn more about the Squadron, visit www.riseabovewasp.org/squadron-home.