AUGUST 27, 2018 Leesburg, VA – CAF Airbase Arizona B-25 Maid in the Shade arrived in Leesburg this week as part of the CAF Flying Legends Victory Tour. There they joined with the Culpeper, VA based CAF Capital Wing, which flew their TBM Avenger Doris Mae. Soon after arriving at Leesburg Executive Airport, The CAF Airbase Arizona members had the honor to welcome 98 year old World War II veteran, SGT. Stu Allen and his family, aboard the B-25 Maid in the Shade.

This was the first time that Allen had been on a B-25 since the war. Allen was a crew chief on a PBJ (Marine version of a B-25 Mitchell) during the war. He said the PBJs he flew were “actually hand me downs from the Army Air Corps.” 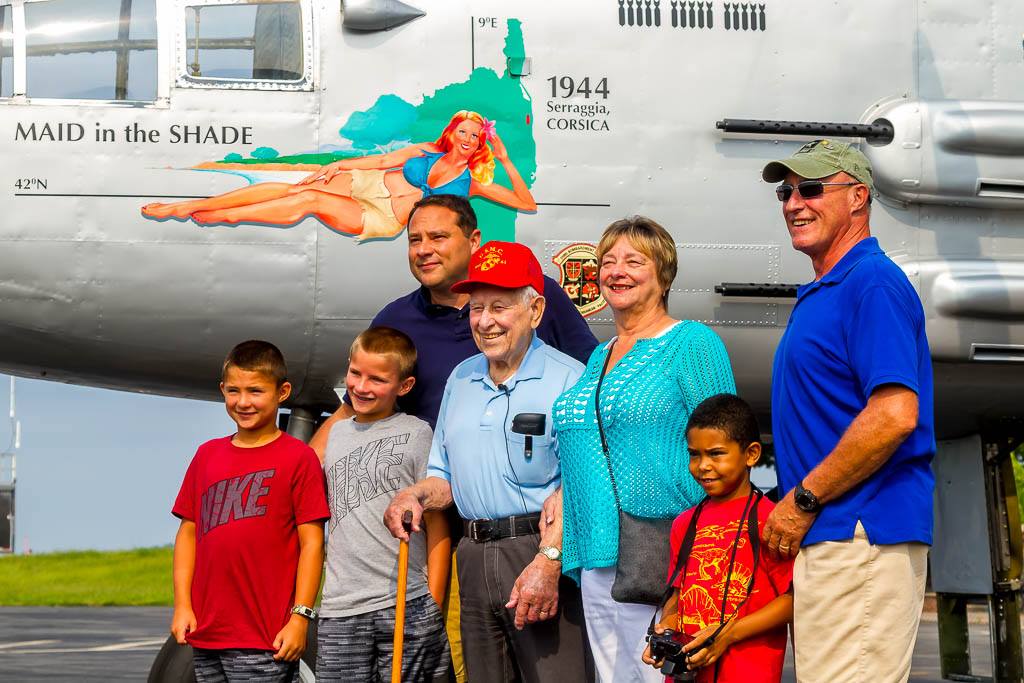 “We were testing them down in the Florida Keys,” he recalled. “They had equipped the bombardier with a ground-tracking device, so when she would turn it on to sight in his bomb release, it would slow the plane way down. After they lost a couple planes, they decided that wasn’t going to work.” During the flight, Allen shared memories from his days in the Marine Corps and his experience stationed in the Philippines near Gen. Douglas MacArthur. He said “we all had signs on our tents: ‘Thanks to God (and a few Marines) I have returned’.”

After the flight, Allen was asked to sign the inside of Maid in the Shade’s bomb bay door, leaving his mark on history behind. Peter Hague, the Capital Wing Leader, said flights like Allen’s are part of the main component of the CAFs mission, to honor, inspire and educate. 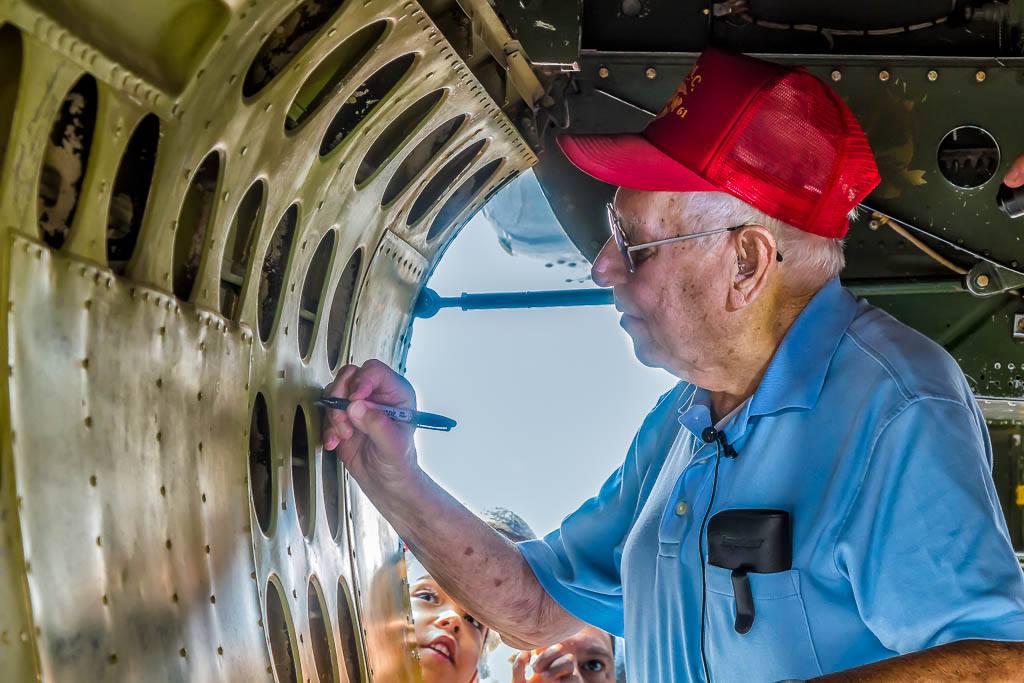 “It is a privilege to fly veterans like Stu,” said Hague, “It is such a joy to watch the years melt off their faces as they relive memories with these airplanes.”

The Capital Wing is an active CAF unit based near Washington DC. They currently in the process of rebuilding, and are enthusiastically looking for new members to join them. Hague promises that, regardless of your aircraft knowledge, the Wing will put you to work. “We can use anybody, and we promise you will get your hands dirty.”