(Gainesville, March 28, 2019) – The Ground Forces Detachment of the Commemorative Air Force (CAF) unveiled a new addition to the Texas Medal of Honor Memorial today. The new display educates on the heroic acts of U.S. Air Force Captain Steven Logan Bennett of Palestine, Texas. He was killed in action during the Vietnam War and awarded the Congressional Medal of Honor posthumously. Speaking at the brief ceremony was John Sprouse of the CAF Ground Forces Detachment, with Gabbriel Fletcher and Debbie Sharp of the North Central Texas College.

Captain Bennett’s daughter, Angela Bennett-Engele, assisted in the unveiling of the display honoring her father. The last time she saw her father was when she was 2 years old when he left for his tour of duty in Vietnam. Captain Bennett’s display is the newest addition to the Texas Medal of Honor Memorial currently located at the library building of the North Central Texas College (NCTC) in Gainesville, Texas. The Memorial honors native Texan recipients of the Congressional Medal of Honor. It can be viewed in the NCTC library building during normal opening hours and is accessible to the public. Free parking is available in front of the library building and the facility is wheelchair accessible. 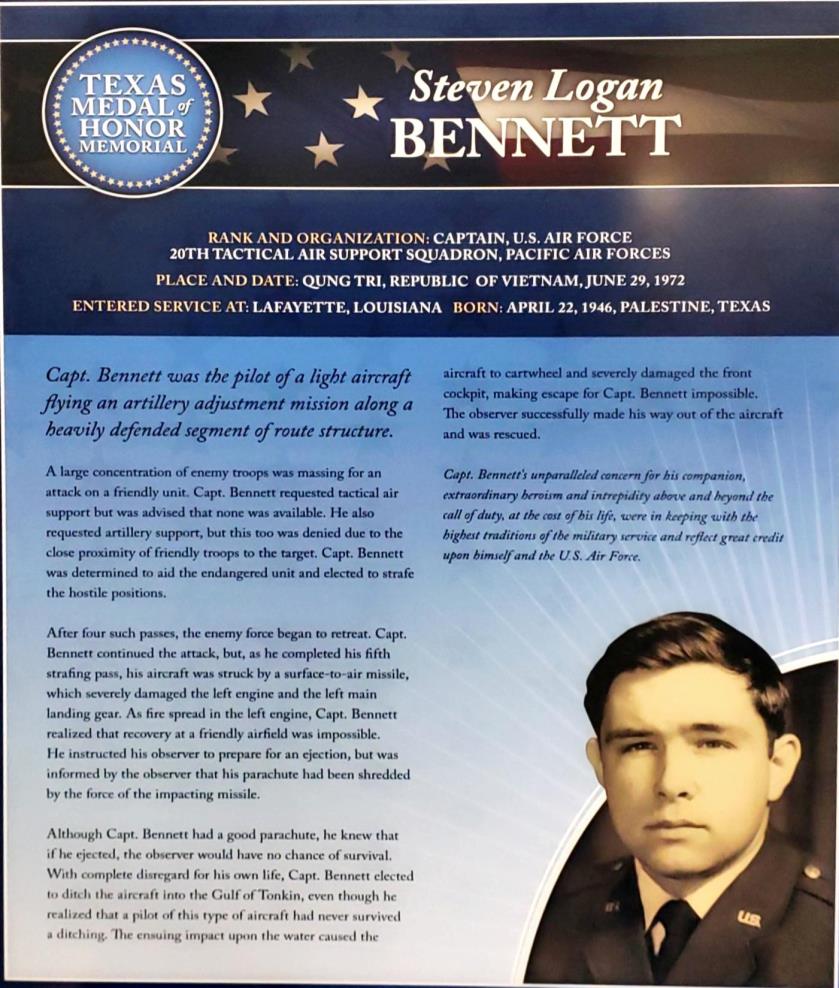 The CAF Ground Forces Detachment is proud to continue adding to the Memorial and will continue to introduce new displays until all Texas natives who were recipients of the Medal of Honor have their stories added to the Memorial experience. The Memorial and accompanying exhibits are maintained by the Ground Forces Detachment of the Commemorative Air Force (CAF), based in Gainesville, Texas. The memorial will be available to the public at the NCTC Library while a permanent museum home for the memorial, educational programs, and a living history space is established.

About the CAF Ground Forces Detachment The CAF Ground Forces Detachment was founded in 2018 to provide educational experiences for today’s youth, outreach programs to regional schools, and expand the CAF events with ground equipment and living history experiences for the public. The detachment, composed of 30+ volunteers across the U.S., is a non-profit, tax-exempt organization. http://www.cafgroundforces.org.

Are you interested in becoming a member and supporting the Ground Forces Detachment of the Commemorative Air Force? We could use a few great people. No skills are needed, just an interest in keeping these valuable machines rolling! Learn more by clicking here. 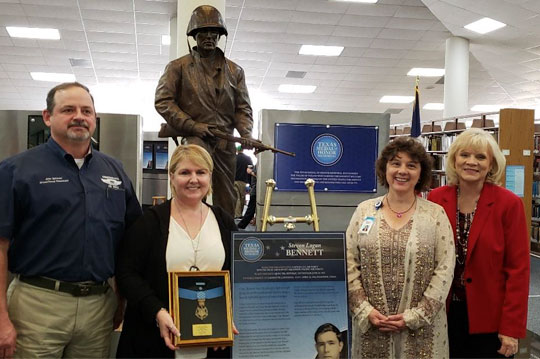