Monument Dedication Planned for B-24 Liberator Crew in Iceland

A stone and stainless steel monument will be dedicated on May 3, 2018 honoring Americans who died in the crash of the B-24 Liberator called Hot Stuff in inclement weather near Grindavik, Iceland on May 3, 1943.

May 3, 2018 will mark the 75th anniversary of the death of one of America’s great military leaders and the loss of the B-24 Liberator Hot Stuff, the first heavy bomber in the 8th Air Force to complete 25 missions. It crashed into a mountain in Iceland while trying to land in inclement weather. A monument will be dedicated near the crash site on May 3, 2018, honoring Lt. Gen. Frank Maxwell Andrews, members his staff, three chaplains, and four crew members who died in the accident. The monument will also honor the crew of Hot Stuff for their historic accomplishment.

Lt Gen. Frank Maxwell Andrews was the Commander of the European Theater of Operations (ETO) until his untimely death, having replaced Lt. Gen. Dwight David Eisenhower. According to Gen. Ira Eaker, Commander of the 8th Air Force at the time, he was to notify Andrews on the very day he died that “he had been selected to command the entire Allied Forces for the eventual invasion of Europe across the English Channel.” Andrews never received the message. The job would be assigned to Gen. Dwight David Eisenhower as Supreme Allied Commander seven months later. Camp Springs Army Air Field was renamed Andrews Field, now Joint Base Andrews in 1945 in his honor. Unfortunately, this great leader has been nearly forgotten. 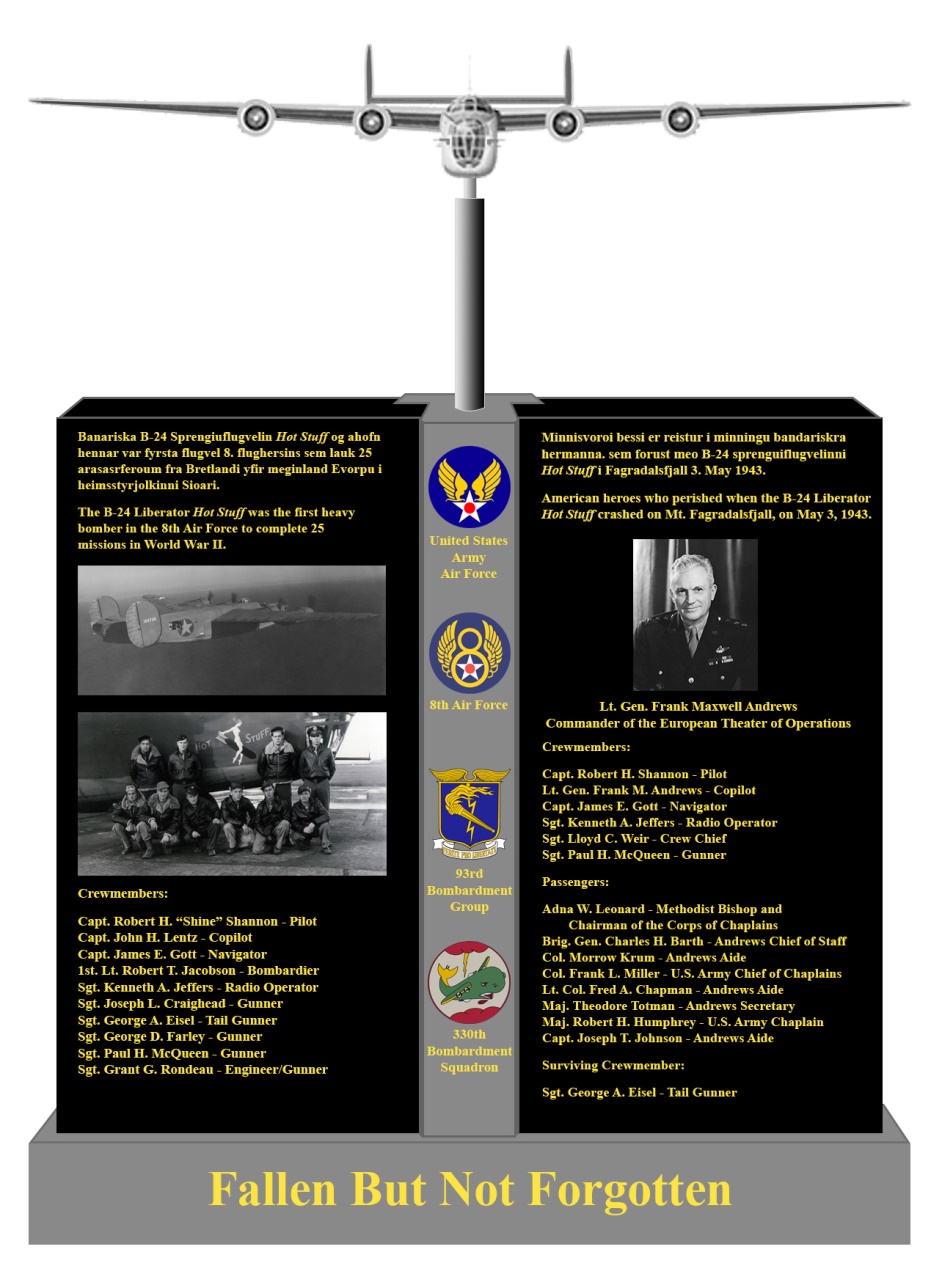 Monument to be dedicate on May 3, 2018, the 75th anniversary of the accident in Grindavik, Iceland

Andrews, an advocate for a separate United States Air Force, is considered to be one of its founding fathers. He was selected above many who outranked him to organize and command the General Headquarters Air Force (GHQ Air Force), the first centralized command of what would eventual become the U.S. Army Air Force. Today’s United States Air Force is a testament to his organization and leadership skills. Gen. Andrews was the only general to command three Theaters of Operations during World War II, including the Caribbean Defense Command, U.S. Army in the Middle East Command and European Theater of Operations Command. The crew of the B-24 Liberator Hot Stuff had been ordered back to the United States to tour the country and help sell war bonds as reward for being the first to complete 25 missions. They had actually completed 31 missions but after the accident Hot Stuff was soon forgotten until now. 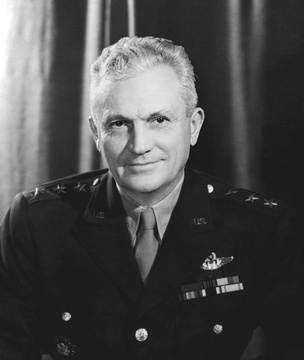 Special guests participating in the monument dedication include the Iceland Government officials; members of the United States Embassy; Lt. Gen. Richard Clark, Commander of 3rd Air Force; and Col. John Teichert, Command of Joint Base Andrews. The monument dedication will include the unveiling of a privately funded monument featuring a stainless steel model of the B-24 Hot Stuff as the centerpiece sitting above a polished black granite and basalt stone monument. The unveiling of the monument will include a fly-over of USAF and Iceland Coast Guard aircraft. 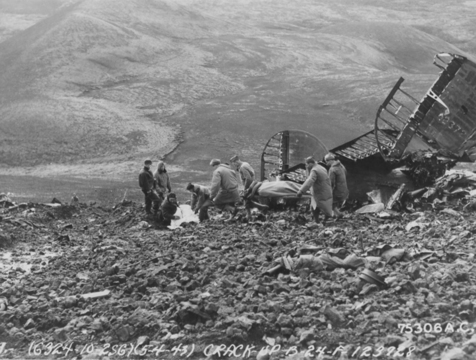 Crash site of the B-24 Liberator Hot Stuff on Mt. Fagradalsfjall, Grindavik, Iceland on May 4, 1943

Following the monument dedication a memorial service will be held at the Andrews Theater in Keflavik, Iceland.