**Red Wing, Minn. – June 19, 2019 – **The Commemorative Air Force (CAF) Red Tail Squadron, America’s tribute to the Tuskegee Airmen, is pleased to announce that one of their principal advisors and supporters, Tuskegee Airman and Minneapolis native Dr. Harold Brown, PhD, will be inducted into the Minnesota Aviation Hall of Fame. Dr. Brown and his wife, Dr. Marsha Bordner, PhD, together also received recognition as Writers of the Year for their book, “Keep Your Airspeed Up: The Story of a Tuskegee Airman,” a detailed account of Dr. Brown’s experience as one of America’s first black military aviators.

Brown, 94, served in World War II with the all-black pilots who became known as the Tuskegee Airmen after receiving their initial flight training at the segregated U.S. Army Air Corps training facility in Tuskegee, Alabama. During the War, Brown was shot down in his P-51 Mustang over enemy territory and held in a German prisoner of war camp. 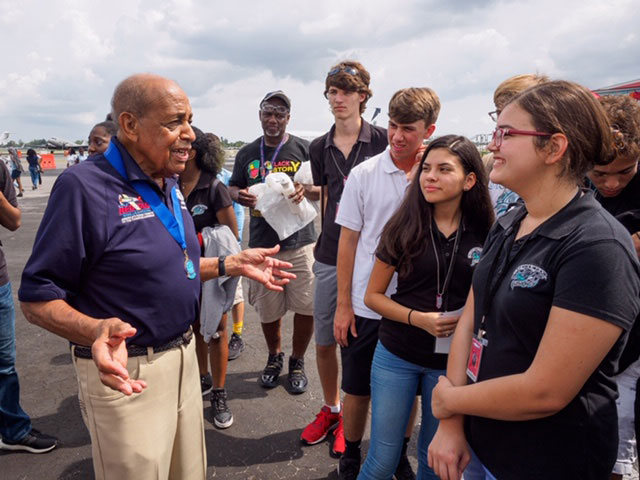 “To be selected for membership in the 2020 Minnesota Aviation Hall of Fame, as well as to receive the Writer of the Year Award, is an honor and is very special to me,” said Brown. “It is recognition of my life’s career that began when I was a 17-year-old high school graduate with dreams of becoming a military fighter pilot. I sincerely appreciate the recognition I am receiving from my home state and want to thank those who nominated me.”

Brown’s military tenure continued after World War II, culminating in 23 years of service. He played an important role with Strategic Air Command and flew over 20 different types of aircraft before moving on to a successful career in higher education.

The purpose of the Minnesota Aviation Hall of Fame is to establish and maintain an ongoing means of honoring native Minnesotans that have contributed in a significant manner to the development, advancement and promotion of aviation in the state, or elsewhere. The Writer of the Year award is given each year for a published work in the hopes of encouraging aviation writing and editorializing that enhance the positive aspect of aviation.

Dr. Brown and Dr. Bordner will receive official honors from the Minnesota Aviation Hall of Fame at their annual banquet next April. Learn more at mnaviationhalloffame.org. 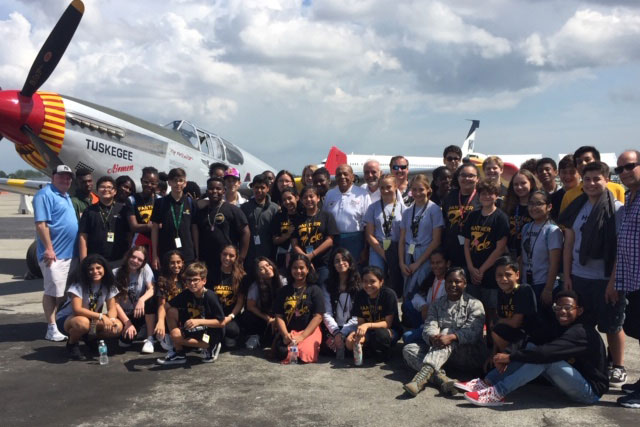 About the CAF Red Tail Squadron The CAF Red Tail Squadron is committed to telling the inspirational story of the Tuskegee Airmen, America’s first black military pilots and their support personnel. RISE ABOVE: Red Tail, their three-fold outreach program, includes an airworthy P-51C Mustang and the RISE ABOVE Traveling Exhibit mobile theater. These two exciting and entertaining vehicles tour the country year round with stops at airshows, schools, museums and community events. In addition, the group curates and provides extensive educational resources for students, teachers, youth leaders and anyone looking to learn more and be inspired by these remarkable American trailblazers. The CAF Red Tail Squadron is a 501(c)(3) charitable organization part of the Commemorative Air Force (CAF), a non-military group that restores and flies combat aircraft to remember the lessons learned from the defining moments in American military aviation history. Learn more at redtail.org.