“Join the CAF and Get Your Hands on History” is not just a slogan. We mean it literally… 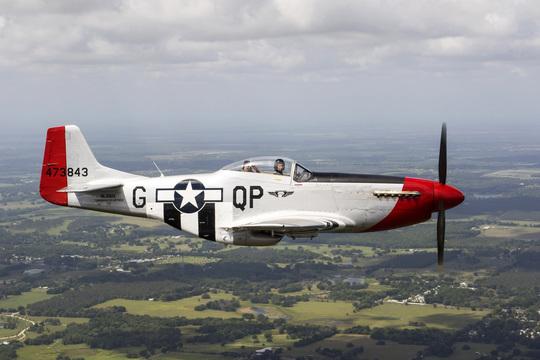 “Hands on” means you fly, maintain, crew, and keep the aircraft in your local airport hangar. It means occasionally getting your hands dirty, brow sweaty, and heart engaged. It means taking the stick and flying an authentic warbird. It means honoring the memory of those who fought and died in mankind’s greatest conflict. It means loving a historic aircraft that helped propel the Allies to victory in World War II. It means making everlasting memories, and friendships that last a lifetime.

The CAF has been around over 60 years. It has grown and endured based on a couple of simple, tried and true methods of operating and funding the organization and aircraft. These are the things you will need to do to get your “Hands On” experience. In order for your Unit and aircraft to be successful, you will need to understand and apply these methods. To help you along, we have developed this short beginner’s guide to CAF Aircraft Sponsorship.

The Aircraft Sponsorship Program is one of the cornerstones of operating successfully. Basically, it means that your local CAF Unit will take on an aircraft and operate it locally. The aircraft comes under your direct supervision and control. You will have the rights and responsibilities that come with operating an aircraft. That means you will make sure it's housed and flown safely, maintained to CAF standards, and that the operating bills are paid. You will keep all the revenue it generates from airshow appearances, rides and fund raisers. 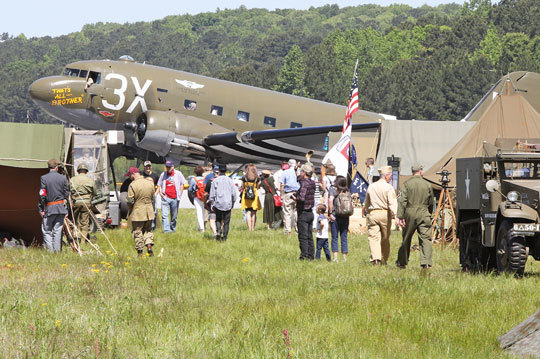 Of course, you will also be subject to the CAF Operations Manual that details a number of requirements to keep and operate the plane safely and successfully. The CAF places a great deal of emphasis on safety, so we are sticklers about this stuff.

But once it’s assigned, the baton is passed, and your local Unit assumes the benefits and responsibilities.

The CAF’s founding members wanted to acquire at least one of each major type of combat aircraft that served with the U.S. forces during World War II. Over the years the organization has come extremely close. Today, the CAF’s fleet of aircraft, sometimes called the Ghost Squadron, is composed of over 170 World War II-era aircraft. Nearly all of the aircraft are airworthy, many represent the last or one of the last airworthy examples on earth. The cost to maintain the fleet increases every year, but the passionate members volunteer to work together to keep the fleet healthy, and even add a few more aircraft each year, due to the generosity of CAF donors. The Aircraft Sponsorship Program is the funding mechanism to keep this fleet flying. 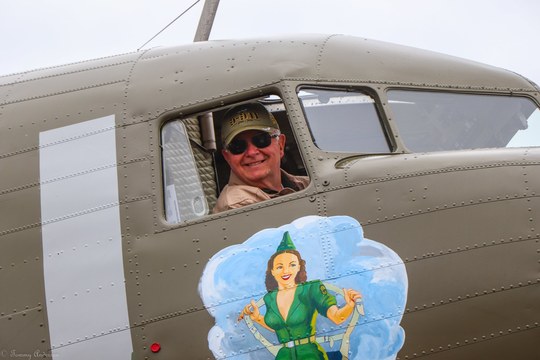 An Aircraft Sponsor is someone who donates an amount ranging from $1,500 to $10,000 to a particular aircraft. The amount depends on the type of aircraft. For example, the Aircraft Sponsorship amount for a Fairchild PT-19/PT-26 is $1,500. The sponsorship for a P-51 Mustang is at least $10,000. There is a detailed list for each aircraft included in the Official Aircraft Sponsorship Guide located on the CAF’s Colonel Members Only website.

The funds from an Aircraft Sponsor are deposited into that aircraft’s account at CAF Headquarters and are for the exclusive use of that designed aircraft. Each Aircraft Sponsor, at their option, will receive a wall plaque for display to signify their support or they can choose to decline, or they can request that instead of receiving a plaque, that the cost of the funds instead by retained in the aircraft account. A sponsorship never expires… once you are a sponsor for an airplane, you will always be a sponsor.

The Unit that is assigned the aircraft may draw upon the aircraft sponsorship funds at any time to make capital improvements on the aircraft. This includes things like engine overhauls, new avionics, parts, essentially anything that extends the useful life or improves the value of the airplane.

Payment plans are available for Aircraft Sponsorships. Contact the Development Department for additional details about this at development@cafhq.org.

Sponsorship is Required for all CAF Pilots

One requirement to become a CAF pilot is that they must become an Aircraft Sponsor on the airplane they will fly. After all, they are the one getting the one of the biggest “Hands On” experiences and it is only fair that they participate in the cost.

An Aircraft Sponsor does not automatically earn the right to fly a CAF airplane. Each pilot must demonstrate their capabilities and annually meet the CAF requirements.