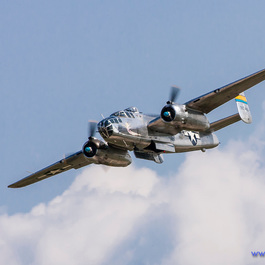 The B-25J "Miss Mitchell" served in the 310th Bomb Group, 57th Bomb Wing of the 12th Air Force in North Africa and Italy completing over 130 missions. Its legacy of no crew fatalities during all of its missions was a rare accomplishment. Prior to taking command of the 8th Air Force in Europe in 1944, the 12th Air Force was under the command of then Brigadier General Jimmy Doolittle. After a 12 year restoration by the Minnesota Wing of the Commemorative Air Force, Miss Mitchell took her first flight on April 18, 1992 ~ exactly 50 years to the day of the daring Doolittle raid. 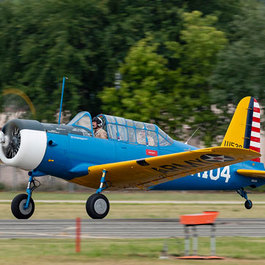 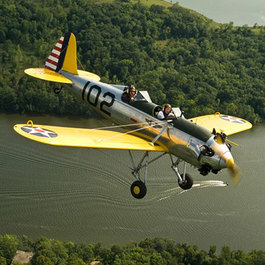 The Ryan PT-22 Recruit primary trainer is a very popular sight at airshows. It's open cockpit design makes it a unique aircraft and one that is a real pleasure to fly in or see flying at air shows. Our Living History Flight Experience customers rave about their experience. 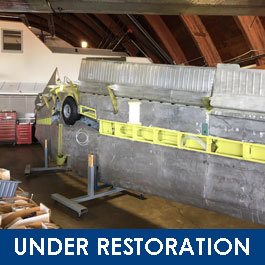 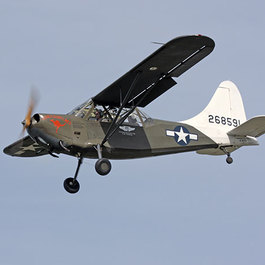 Another of the great versatile aircraft of World War II is the fabric covered L-5 Sentinel. This unarmed aircraft was often used for observation, spotting and transporting personnel. It's slow landing speed made it capable of literally landing and taking off from almost anywhere. For that reason, it was one of the very popular aircraft and saw many additional roles, such as air ambulance and search and rescue. 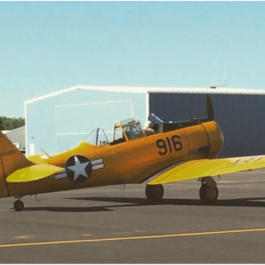 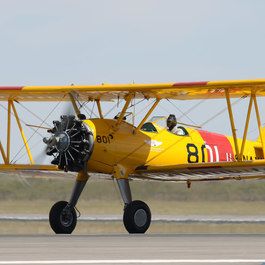 Today, the Commemorative Air Force Minnesota Wing is home to six aircraft, a large motor pool fleet, and a unique collection of World War II artifacts that are on display.

The CAF MN Wing attends many airshows, parades, and other events throughout the year. We also host two hangar dances and several museum events at our facility.