On March 2, 2019, the Commemorative Air Force will induct three deserving individuals into the organization’s Hall of Fame. Only those that have devoted considerable time and effort to help to sustain and grow the organization are considered for this high honor. This year the CAF will induct Randy Wilson, J.W. Don Johnson, and Walt Estridge (posthumously). Information about attending the CAF Hall of Fame Induction Ceremony and Banquet are found at this link. 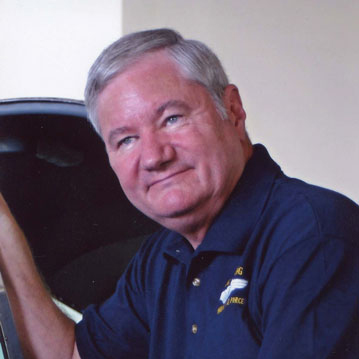 Randy Wilson first joined the CAF in 1984. Early on, he became the Wing Leader of the DFW Wing; later, after moving to Midland, he led the High Sky Wing. He has served on a long list of committees and on every board of directors associated with the CAF, including several terms as Chief of Staff on the CAF board. Randy has flown all types of aircraft in the organization, and spent many years as a Chief Check Pilot. He has served as a long-time sponsor and primary pilot for the FM-2 Wildcat, and also sponsors the R4D, the SNJ-5, B-24, and T-28. Randy has always been very generous with his time, talents and funds—during the 24 years the HQ was in Midland, he even served as an unpaid data supervisor, saving the CAF nearly two million dollars. 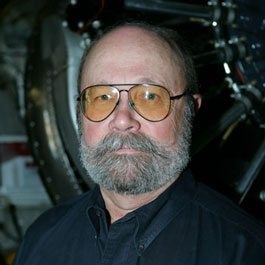 Don joined the CAF in 1999 and upgraded to lifetime membership in 2010. He has served on the Wings Over Houston board for many years. He is a stalwart champion for the Houston Wing and its aircraft, sponsoring the L-17. Don is also a member of the B-29/B-24 Squadron and the West Texas Wing. Don served on the General Staff for six years and the AAHFM for one year. As an attorney, he has saved the CAF thousands of dollars in legal consultations through the donation of his time and expertise. 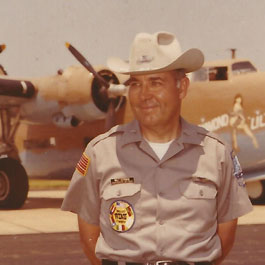 Walt joined the CAF way back in 1969, and he became a proud Bicentennial Lifetime member in 1976. As Unit Leader of the DFW Wing, he organized the CAF Maintenance Squadron in 1971. Walt served as the CAF's Deputy Commander (CEO) for eight years, from 1974 to 1982, and served as the Chief of Staff in the mid-70s. In 1972, he had the honor of serving as Chief of Operations for the CAF's participation in the International Transportation Exposition at Washington, D.C. Don leaves a powerful legacy as one of the most influential forces in the early history of the CAF.